Home › I can't believe its in the News! › Man tried to win back ex-fiance by posing as her mother’s ghost.

Man tried to win back ex-fiance by posing as her mother’s ghost.

Some people will try some really odd things in an attempt to win a person’s heart back. In this case, a man in the UK will be going to jail for a few months after violating the terms of his restraining order after he sent his ex fiance a letter pretending to be the ghost of her dead mother.

“The letter told Ms Wimbury she had made a “terrible mistake” in rejecting Meadwell and added “all you have to do is call him”, Exeter Crown Court heard. He was sentenced to four months in prison, suspended for two years. Meadwell had been banned from contacting Ms Wimbury after assaulting her in December 2016.” (source BBC)

It was just a letter? Oh, common man. If you’re going to do something stupid like this, you should go all out!  He should have made the following purchases… 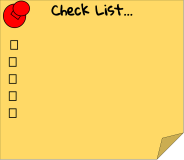 Hmm, what do I need to win her back!?

Now, that’s committing to an impersonation. This half ass letter shit doesn’t fly.

“Ms Wimbury told the jury she knew the letters came from Meadwell because they contained details of their life together that only he knew, including a reference to a Christmas ornament which she had been left by her mother, and fixed by Meadwell.”

If ghosts are real,  it would probably take quite a bit of energy for them to manifest for a short period of time. This letter process would be no simple task for mom. She would need to write with a pen or pencil. She would also need to think about postage! Sounds like a total headache.

In the end, if you’re trying to pull this kind of crap by posing as a dead family relative to win someone back, I think it’s time to re-evalute your life & move on. It’s just not worth it.