Home › Anything involving Hollywood & TV › Hollywood films that technically bombed domestically in 2017, but relied on the international box office for success.

Hollywood films that technically bombed domestically in 2017, but relied on the international box office for success.

We all know a movie doesn’t necessarily need to do well in the U.S. anymore for it to be a hit. The reach of Hollywood has become boundless. When factoring in the production budget, the below films would have tanked if not for international box office receipts. Note, these figures don’t factor in promotional costs. Tack on an extra $2-$5 million. (source boxofficemojo)

The Fate of the Furious 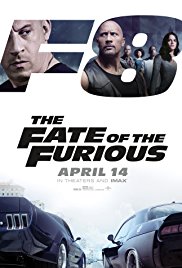 Every film in this franchise had better success internationally. However, the 2017 hit The Fate of the Furious sticks out the most. In my wildest dreams, I never though I would see a day where a film could gross $226 million domestically & be considered a failure. That would have been the case when you factor in the $250 million production tag. It’s not like the studio expected to recoup its budget from domestic receipts exclusively though. They know what kind of force this franchise is internationally.

The Pirates of the Caribbean films seem to be the only thing keeping the career of Johnny Depp afloat these days. Despite a better story, the box office numbers were down both domestically and internationally compared to Stranger Tides in 2011. This ship might slowly be sinking, but it’s still certainly sailing.

Seriously, why do the international markets love seeing giant things smash into other giant things? I’m so tired of anything Transformers related. I think most of the U.S. hit Transformer fatigue after three. This is the fifth film! It’s international success will keep this franchise from being shelved anytime soon. 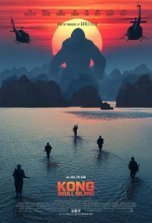 I don’t have much to say about Kong Island. I enjoyed it more than I thought I would! This is a rare instance where I’m glad the international box office elevated a film to success.

With Marvel & DC each creating their own universe, Universal Pictures planned on launching its own “Dark Universe.” The idea was to create an extended franchise for iconic monster movies. The Mummy was the first, and most likely the last of these films. It was lame. I never thought I would miss Brendan Fraser so much. The domestic totals and reviews were enough to scare Universal Pictures in halting the remaining films that were on the slate. Still, The Mummy didn’t exactly flop.

This film is the perfect example of Hollywood today. They tossed together various popular actors from international markets, & had them kick some ass. The movie is nothing more than a generic over the top action flick, but with $301.2 million of its $346 million total coming from international receipts, it’s proof this formula works!

I remember the uproar this film caused in China. They felt it was disrespectful to have a movie about The Great Wall Of China starring a white male actor (Matt Damon). I would agree with this IF they were going for historical accuracy! However, the movie is essentially Starship Troopers with dragon like creatures! Calm down China! Regardless, it sparked enough curiosity internationally to prevent it from crumbling.

Like Loading...
‹ Quick Review: Terrifier
LOL, I didn’t even know this film was made. Let’s watch & talk about The Escape Plan 2 trailer. ›